Beginning in 1956 and going all the way through to 1981, with a one year absence in 1969, Topps included team cards in its flagship sets.

Building the Set
December 7, 2019 from King of Prussia, PA - Card #23
We were up to 11 cards for our 1965 Topps set, and I honestly had it in mind that I wanted to purchase one fairly major "star" card during our remaining time at the Philadelphia Sportscard & Memorabilia Show inside the Valley Forge Casino.  The showroom floor was packed as we were now into the early afternoon and autograph guests were showing up every 15 minutes or so.  The PA announcer would call out ticket numbers in groups of 10 all while imploring collectors to back away from the entrance that led into the autograph signing area.

So that was the backdrop when we came upon the table for MJW Collectibles out of Somerdale, NJ.  This dealer had a bunch of 1960s Topps binders spread out, and the sign on the 1965 Topps binder caught my eye - ALL CARDS $1.  So with Doug's help, I dug in.

I first determined I'd buy 10 cards, and then that went up to 15.  My only criteria was that the cards needed to be a good shape with four sharp corners.  Doug helped me pick the cards in best shape, especially when there were several of the same card to a page.  This White Sox team card was one of the 15 commons we added from MJW Collectibles.  I'm actually a little surprised a team card would be available for $1 among commons, but I'll take it.

The Card
I found the actual source for the photo used, and here's a listing of who is featured:

1965 Season
For the third year in a row, the White Sox won at least 90 games but took second place in the American League, this time behind the Twins.  They finished seven games behind Minnesota with a record of 95-67, and chronic stomach ailments forced manager Al Lopez (#414) to step down at the end of the season.

Update Cards
For each team card featured, I'll be building a checklist of cards that could have been included in a 1965 Topps update set for that team.
Sources
Baseball Reference 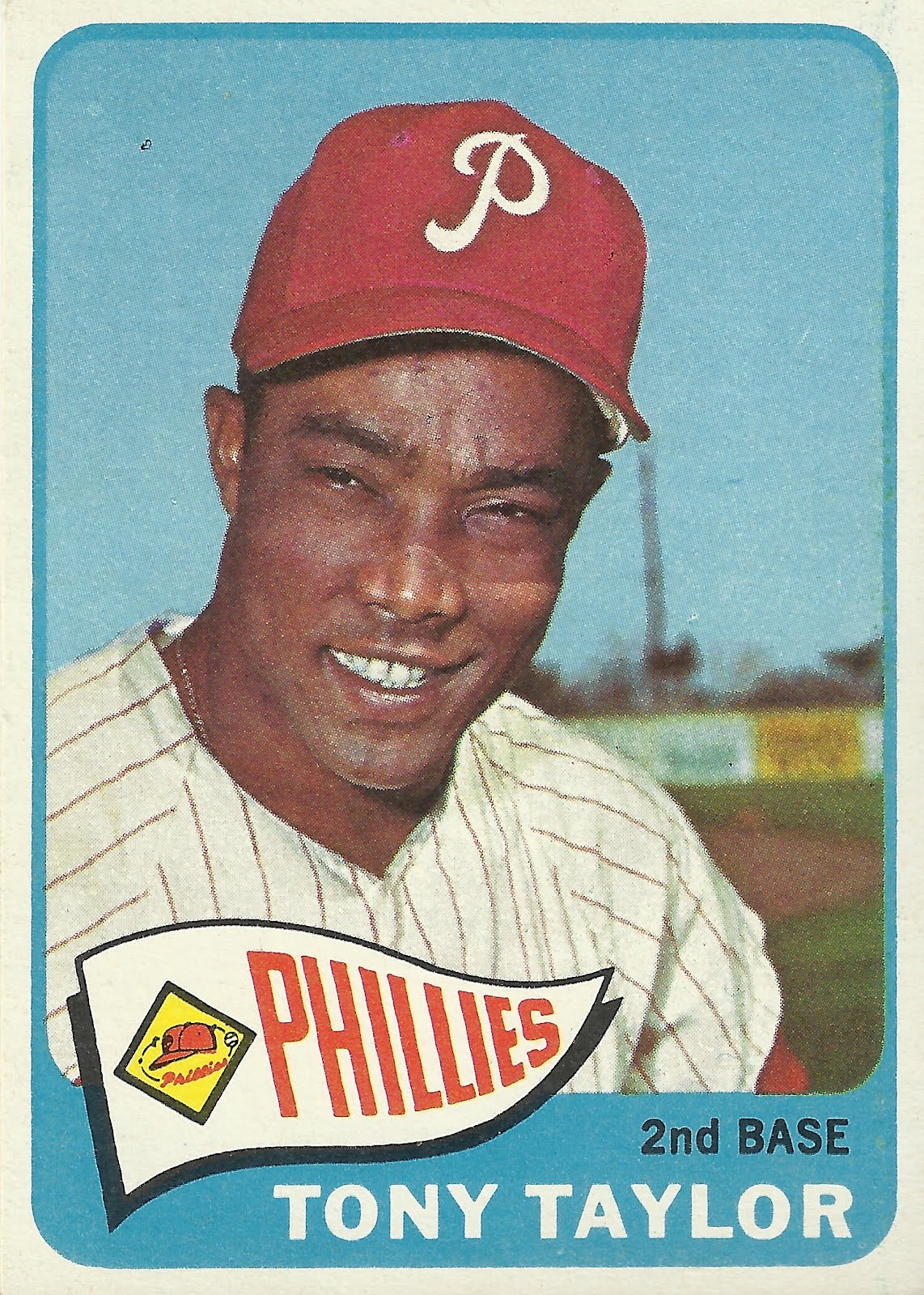