John O'Donoghue appeared in parts of nine major league seasons, beginning his career as a starting pitcher and finishing it as a reliever.  He was an All-Star in 1965, a season in which he finished with a 9-18 record for an Athletics team that lost 103 games.  His best season came during the Pilots' only year of existence, as O'Donoghue was a key member for that team's surprisingly strong bullpen.  With the Pilots, he appeared in 55 games, pitching to a 2.96 ERA over 70 innings and recording 6 saves.  Only reliever Diego Segui (#197) had more appearances for the Pilots than O'Donoghue with 66.  In 257 career games, O'Donoghue had a record of 39-55 with a 4.07 ERA and 10 saves.
He'd later serve as a pitching coach in the Orioles' organization in the early 1990s.  His son, also John O'Donoghue, appeared in 11 games for the 1993 Orioles. 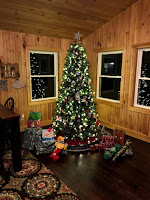 Building the Set
December 25, 2020 from Marco Island, FL - Card #188
This is one of 32 cards (mostly commons) I received from Jenna and our sons on Christmas morning, as I was asked to do some surrogate shopping on their behalf and I gladly obliged.  Hunting specifically for first series cards, this is one of 11 cards I added from eBay seller njlionsfan from Clinton, New Jersey.  This O'Donoghue card was only $2.

The Card / Athletics Team Set
O'Donoghue appeared on a Rookie Stars card in the 1964 Topps set with infielder George Williams, and this is his first solo card.  It was also his last card with the Athletics, as he was traded to the Indians on April 6, 1966 and Topps updated his team designation for his 1966 late series appearance.  Flipping to the back, the heart-breaking loss referenced came on September 29, 1963.  The Athletics lost 2-1 to the Indians on an unearned run scored in the fifth inning as a result of a Tommie Reynolds (#333) error.  I'm not sure that qualifies as heart-breaking, but admittedly Topps didn't have a lot to go with here.  Segui makes another appearance in the O'Donoghue story, as the two pitchers ahead of O'Donoghue as "active hurlers" for the 1964 Athletics were Segui and Orlando Pena (#311).

1965 Season
As mentioned above, O'Donoghue went 9-18 over 30 starts to go with a 3.95 ERA.  Only Fred Talbot (#58), with 33, starting more games for the woeful Athletics team.  O'Donoghue did not appear in the All-Star Game, held at Minnesota's Metropolitan Stadium.

35 - O'Donoghue non-parallel baseball cards in the Beckett online database as of 1/1/21.